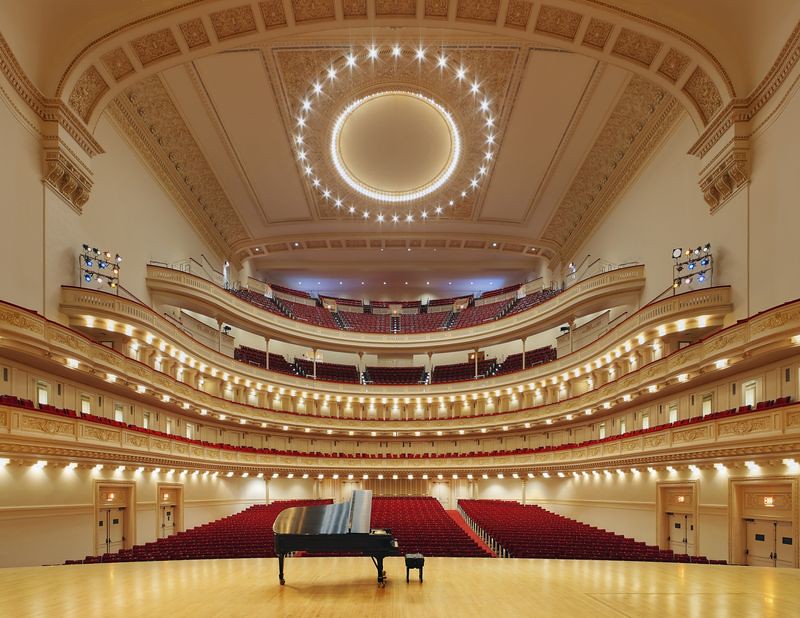 “Confident performance isn’t an elusive feat but involves knowledge and skills that any musician can learn.”
–The Musician’s Way, p. 133

When I talk to musicians who wrestle with stage nerves, I find that many hold a common belief.

They think that they lack a trait that confident performers possess, so they worry that they might never break free from their anxieties.

Fortunately, their dilemmas don’t stem from a lack of talent but from a correctable deficit of knowledge and skill.

When we acquire specific performance skills, all of us, with few exceptions, can become fearless performers (the exceptions include people with psychological challenges that require specialized treatment).

That’s not to say that it’s easy for rising musicians to become adept concert artists.

As I’ve mentioned in other posts about performance anxiety, to take charge in front of audiences, we have to know how to select appropriate music, master our material, deal with concert venues, fortify our self-esteem, and handle the nuts and bolts of being on stage.

Plus, we have to face our fears, which is the subject of this article.

Let’s begin by clarifying what a performance is. In The Musician’s Way, I differentiate between performing and casual music making: “In a performance situation, there are stakes involved in how well you play or sing” (p. 154).

As those stakes rise, so can stress. For instance, an out-of-town audition or a pricey recording session will exert greater pressure than a jam session with friends.

Added to that, our perception of what’s at stake drives our stress levels.

As an illustration, if musicians align their self-esteem with every note, treating errors as personal shortcomings rather than as opportunities for learning, they’ll be jittery even when performing in laid-back circumstances.

“In a performance situation, there are stakes involved in how well you play or sing”

Nonetheless, whether the stakes are real or self-created, it’s how we react to performance stress that largely determines whether we feel excited and creative on stage or, instead, fearful and nervous.

What’s the main distinction between the musicians who are undercut by nerves and those who aren’t?

Psychologist Stephen D. Curtis says, “The most important psychological contributor to the onset of performance anxiety is a performer’s concern for, or fear of, the outcome of the performance: that is, the performer’s thoughts become focused on an imagined negative outcome or failure” (The Musician’s Way, p. 135).

There you have it. Anxious performers focus on negative outcomes. Fearless performers embody positive thoughts and emotions.

Why are fearless performers so positive? Because they prepare thoroughly for shows, have assimilated performance skills, and love performing.

As a result, they can trust in their abilities and enjoy sharing music – the energy of being on stage fuels rather than impairs their creativity.

In contrast, underprepared musicians – or those who are ambivalent about or have little experience with performing – rightfully become uneasy about how their performances will go.

For example, if musicians commit to appear on high-level concert series but are unaccustomed to performing under pressure, or if they choose music that’s over their heads, then they should be concerned.

“The most important psychological contributor to the onset of performance anxiety is a performer’s concern for, or fear of, the outcome of the performance: that is, the performer’s thoughts become focused on an imagined negative outcome or failure” -Stephen D. Curtis (The Musician’s Way, p. 135)

Confronting Your Fears: An Exercise

Regardless of whether musicians’ on-stage problems arise due to technical or psychological factors, by bringing their fears into the open, aspiring performers can embark on the path toward fearlessness.

So, to help you become the artistic performer that you’re meant to be, I offer the following exercise.

Step 1. Open a new document, and list two or three things that you most fear happening on stage – mainly note things that have happened to you before. Many musicians write, “My hands will shake. I’ll have memory slips. My tone will break up.”

Step 2. For each item you listed, write:

a. How it affects your performances
b. How you typically respond on stage
c. How you feel afterward

For shaking hands, a player might write “Effect: It makes me inaccurate. Response: I become tense, sweaty, and scared. Feelings: Frustrated and sad.”

Step 3. Study Chapters 7-10 of The Musician’s Way, and then, for each item you listed in the initial step above, jot down three things that you’ll do this week to address your fears and build up your skills. A musician plagued with memory slips might note, “Today, I’m going to choose a short, simple excerpt, memorize it according to the guidelines in Chap. 4 of The Musician’s Way, and schedule two slow-tempo practice performances.”

Step 4. After completing the above actions, review the items you noted in Steps 1 & 2. If your security grew, well done! You’re moving in a constructive direction. If you aren’t seeing improvement, seek assistance from a qualified teacher.

In closing, let’s acknowledge that acquiring the know-how of a fearless performer takes time and effort. Still the rewards for doing so are immense: few things rival the pleasure of performing for a rapt audience.

No matter what sorts of performance challenges you’ve faced, I urge you to go forward with enthusiasm. Apply the strategies delineated in The Musician’s Way, get help when you need it, and enjoy the adventure of your personal musical journey

Related posts can be found in the Performance Anxiety category.