Can Focal Dystonia Be Prevented? 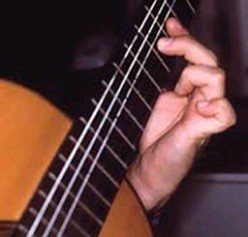 “Begin slowly and increase gradually any unaccustomed use of the hands.”
–Michael Charness, MD
The Musician’s Way, p. 237

Guitarists Billy McLaughlin and Liona Boyd, pianists Leon Fleischer and Gary Graffman – all are musicians whose careers were upended by the mysterious condition known as focal dystonia.

Focal dystonia is a movement disorder characterized by painless, involuntary muscle contractions that occur when a person does a particular activity.

The images shown in this post portray a guitarist’s hand and a trombonist’s embouchure during dystonic contractions.

Among the approximately 1% of professional musicians who develop focal dystonia, the effects are debilitating. Some who retrain can continue to perform, but few regain their pre-dystonia dexterity.

Focal dystonia results from changes in the movement centers of the brain. Researchers haven’t pinned down exact causes, but the condition appears to arise from a combination of individual behavior and genetic predisposition.

That is, people afflicted with focal dystonia generally engaged in a skillful, repetitive activity across a span of years – the playing of instruments being a prime example.

Over time, usually decades, the program in the brain that they depend on to control their movements gets corrupted, and they lose command of certain task-specific actions.

For instance, pianists with focal dystonia might experience curling of the right 4th and 5th fingers when they play passages on a keyboard but those fingers will function normally when they do other activities.

Researchers also find that “focal dystonia appears more often in the more intensely used hand” (Jabusch and Altenmüller, 2006). Hence, pianists are more likely to be affected in the right hand, violinists in the left, although any muscle group could be involved, even arm and shoulder muscles.

Some musicians diagnosed with focal dystonia seem to develop it without any precipitating factor aside from long-term repetitive movement. 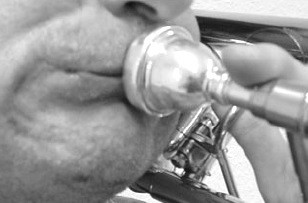 For others, the condition surfaces months or years following a change of instrument or technique, subsequent to a dramatic increase in playing time, or after they begin doing a new, skillful repetitive activity – say, a fingerstyle or classical guitarist starts playing with a pick.

In those types of situations, the process via which a musician’s brain acquires a new movement program corrupts the pre-existing one, and then dystonic contractions result (e.g., the fingerstyle guitarist would experience dystonia in the right hand when fingerpicking).

On top of that, physician Raoul Tubiana reports that the musicians he diagnosed with focal dystonia displayed awkward postural and movement habits.

It’s conceivable, then, that physical misuse contributes to provoking focal dystonia, maybe because musicians who move awkwardly foster more convoluted and corruption-prone wiring in their brains. But that’s just speculation on my part.

Given that focal dystonia can run in families, a genetic component seems certain.

According to the Dystonia Medical Research Foundation, “At present, researchers have recognized multiple forms of inheritable dystonia and have identified at least 13 genes or chromosomal locations responsible for the various manifestations.” Note that the forms of dystonia referred to in that quote don’t include focal dystonia, for which no culpable genes have yet been found.

In light of the above information, it’s possible that some musicians could be genetically predestined to acquire focal dystonia no matter how gracefully they play owing to the ways in which prolonged repetitive motion affects their brains.

Still, the published research also implies that if we emphasize certain behaviors and avoid others, we can probably reduce the chances of focal dystonia arising.

So here are seven sensible precautions that could help us avert focal dystonia as well as protect us from other music-related maladies.

1. Never push through fatigue or injury
If we continue to play or sing despite tired muscles or the impairment of injury, our brains have to concoct new movement programs to compensate, which could catalyze focal dystonia.

2. Increase playing or singing time in stages
Various sorts of injuries can occur when performers abruptly ramp up their music making, so we should always increase systematically – no more than 10-20% per week. I.e., we need to govern our practice schedules, let go of perfectionism, and regulate how much work we accept.

3. Acclimate gradually to any unfamiliar instrument
Let’s say that a saxophonist wants to take up the flute: How much time can he spend practicing the flute without damaging the sax-playing wiring in his brain? No one can say. For now, arts medicine experts recommend that we introduce such new skillful movements gradually. The same advice applies to the process of acclimating to a replacement instrument.

5. Curb new hand-intensive or repetitive tasks
Becoming skillful at any repetitive task obliges us to establish fine motor programs. With that in mind, we should introduce new repetitive movements slowly and avoid unnecessary ones. For instance, instrumentalists who acquire notebook computers but have never handled touchpads or pointing sticks would be wise to use mice, and restrict contact with those other more exacting interfaces.

6. Commit to healthy practice habits
All of us should limit repetition, minimize stress and tension, take frequent breaks, manage our workloads, and the like. And if injury symptoms ever arise, we should stop, rest, and seek expert help. See: “The 12 Habits of Healthy Musicians.”

7. Adopt good use
When we employ good use in our musical activities, we act and move with optimum efficiency, which not only helps us ward off injury but also helps liberate our creative powers because we execute with minimal effort.

For more information regarding musicians’ wellness and injury prevention, see Chapters 12 & 13 of  The Musician’s Way. Dozens of photos are included that depict musicians employing desirable vs. undesirable postural habits.