Through the Stage Door 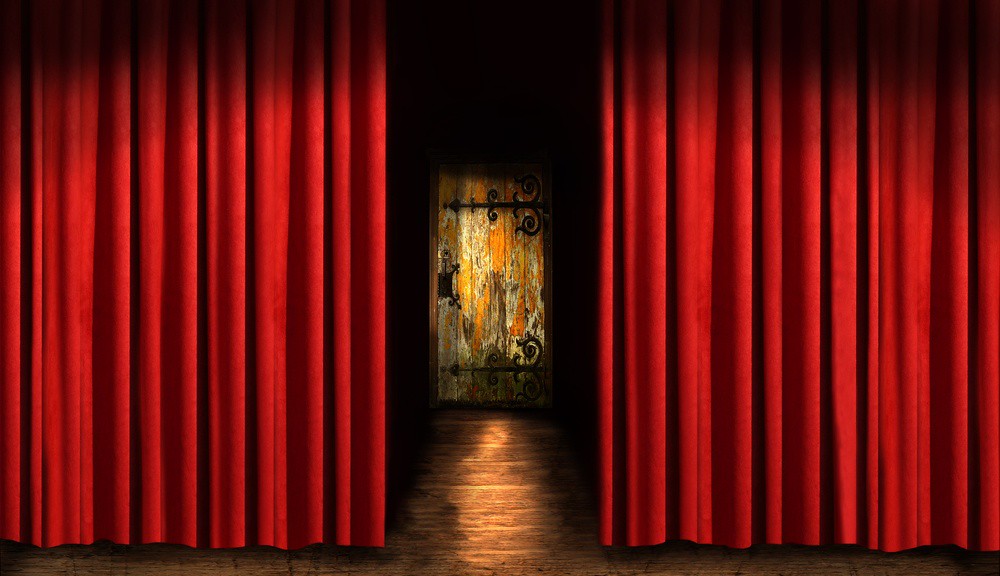 Envision standing at a stage door, seconds before your entrance at a solo or small-group concert.

The hall darkens; the audience quiets. A stagehand whispers: “Ready?”

Let’s stop here and give this scenario a closer look.

The backstage scene probably resembles a cramped basement. Glancing around, you see ductwork, circuit breakers, and music stands in racks.

Your pupils dilate in the murky light; a cooling system drones in the background. It’s decidedly unglamorous.

On the other side of the stage door is an altogether different sort of space: Spotlights illuminate a polished floor; a sea of expectant faces awaits you.

It’s hard to imagine two settings more distinct than those that exist on either side of a stage door.

Transitioning from Backstage to Onstage

As a performance educator, I’m committed to helping musicians master the transition from backstage to onstage.

As I see it, a stage door is a portal unlike any other because there’s no place like the concert platform. It’s where we seasoned performers celebrate the joy of music making.

For students, though, backstage surroundings may seem ominous, and the dazzle of the stage can overwhelm. Those who lack know-how often feel their security leak away as they cross that magical gate.

“It’s hard to imagine two settings more distinct than those that exist on either side of a stage door.”

Chapters 8 and 9 of The Musician’s Way empower budding performers to blossom rather than wilt as they pass through a stage door. Chapter 8 looks at preconcert preparations and the nonpublic side of the door.

In “Preperformance Routines,” readers learn ways to organize their things and themselves on the day of a show so that, when they arrive at a venue, they’re rested, punctual, and fully equipped.

Next, “Backstage Techniques” spells out personal, task-oriented, and situational procedures:

Chapter 9 sorts out the public side of the stage door beginning with stage deportment and presence.

In my lexicon, stage deportment refers to the technical aspects of handling ourselves under the lights; stage presence encompasses the artistic and psychological elements of public presentation.

To start off the chapter, I list the following seven stage deportment topics. I describe how they play out at formal classical and jazz concerts, and I explain ways in which musicians can gain expertise with each one:

Then, in “Shaping Your Stage Presence,” I delve into preparation, desire, strength, and showmanship (or show-womanship). I make it clear that, to project a commanding presence, we must have conviction about our readiness to perform and our reasons for performing.

Following that, I examine ways that we can tap the zing of performance to propel ourselves to pinnacles of artistry.

To explore these issues further, preview The Musician’s Way at Amazon.

Related posts can be found in the Music Performance category.