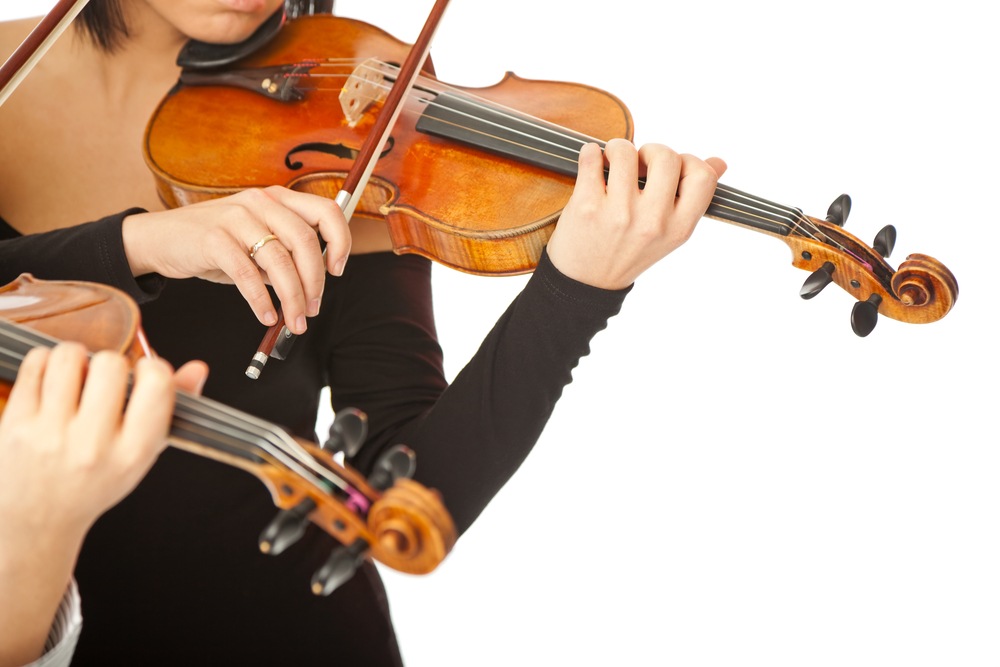 Musical collaborators come together out of a shared passion for music.

And intense feelings about art can stir up ardent criticisms.

How can we harmonize the critical give-and-take that’s integral to working in groups?

When it comes to receiving criticism in ensemble rehearsals, we hear words spanning the gamut from tactful to coarse.

Critiques don’t upset us, though, when we enlist cooperative approaches to listening and communicating. Here’s one scenario:

Let’s say that at your inaugural rehearsal with a quartet, a colleague turns to you and huffily exclaims, “You’re rushing!”

Instead of echoing back the hot emotion, demonstrate that you’re interested in your partner’s feedback. Set the rough tone aside for the moment, and calmly ask, “Where do you think the rushing began?” Review the relevant section; admit rushing, if you actually were; and proceed with your rehearsal.

Later, perhaps during a breather, use an “I” statement to follow up on the harshness of the comment: “You were right to point out when my rhythm was off, but I felt like I was being attacked rather than informed.”

That should be enough to prompt an ordinarily cordial person to recognize any lapse of courtesy and apologize.

If the same musician heaves another gruff remark as you rehearse, you may want to reverse the order of your response: coolly report how the remark makes you feel, and then get on with rehearsing.

Stand up for professional norms of courtesy, and ensure that your group agrees to commit to them, but let the small stuff go, especially if you’re working with less-experienced collaborators.

When you dole out critiques, use non-accusing words that focus on musical matters. Here’s another brief example:

If you hear a timing error, halt your group, and say something like, “We’re not together. Let’s figure out where our timing slipped.”

Then you can collectively tackle the problem, maybe by repeating an excerpt at a slower tempo in step with a metronome.

If it becomes necessary to spotlight a flaw in someone’s playing or singing, employ conditional, largely impersonal questions: “Is it possible that the flute came in early at measure 40?”

Most of all, whenever you rehearse, perform or communicate with colleagues, aim to help each other succeed so that both your music making and your relationships grow in positive directions.