Learning the Art of Performance 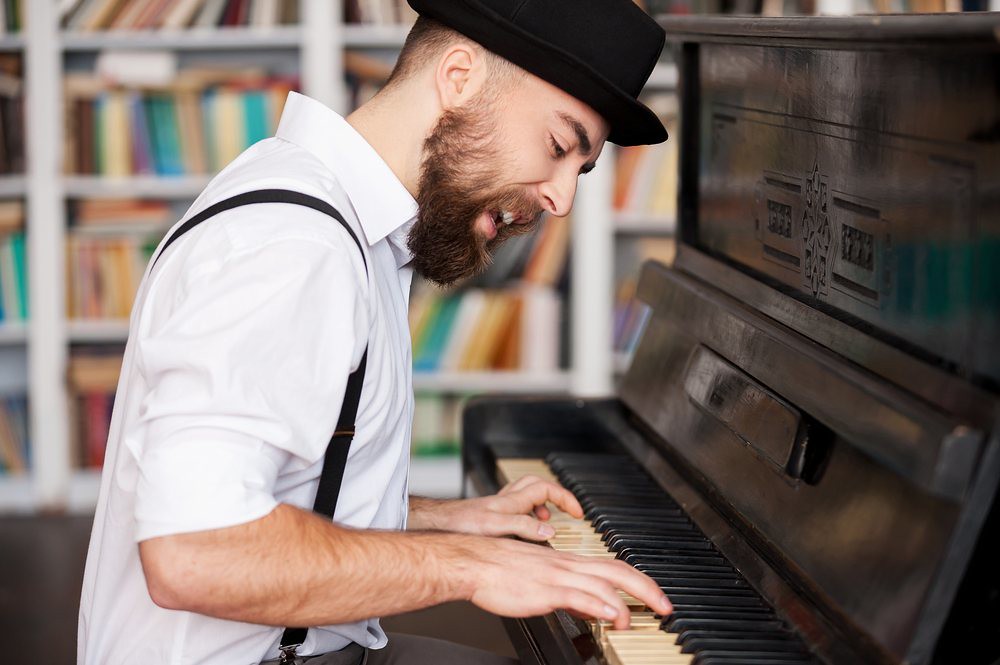 When you think about all that goes into preparing for a concert, music performance can seem like a delicate skill, something akin to tightrope walking. I’ve found that many musicians think along those lines.

But I’m convinced that performing can be as natural as having a conversation or sharing in a game.

Even beginners can perform confidently, provided that the task is simple, the situation is friendly, and their intentions are wholesome.

Music Performance Training from the Start

As an illustration, let’s consider piano lessons. Almost any novice pianist, in her initial lesson, is able to learn a four-measure melody involving three different pitches.

Then, with her teacher as the audience, she can perform the tune. No pressure; no big deal. She enjoys expressing the music similar to the way she might take pleasure in tossing a ball.

That might seem like an obvious first-lesson format: The student learns an excerpt or exercise and then performs. After all, it’s a music teacher’s job to teach music performance, so what else would you expect?

Unfortunately, that’s not how lessons typically play out. Piano teachers may instead devote months to hand positions, scales, and score reading, deferring performance issues for later, “Once students are ready.”

If performance is the goal of music study, and it is, then performance skills should be woven into every lesson. All music students should go into their teachers’ studios knowing that what they’ll do relates to the big picture of connecting with listeners.

When music teachers deprive students of performance education, they do them a terrible disservice because the omission doesn’t just create a knowledge gap. It also instills performance anxiety.

Anxiety takes hold because, if performance skills are ignored in lessons, then when a student eventually steps on stage, she won’t have a clue how to maintain control, much less how to be an artistic communicator.

As far as the student knows, she should be able to perform well. That’s what everyone, including her teacher, seems to believe.

But lacking familiarity with performance situations and with the allied personal and task-centered strategies discussed in Chapter 7 of The Musician’s Way, the unprepared student becomes debilitated when her arousal escalates, and then nervous habits set in.

“When music teachers deprive students of performance education, they do them a terrible disservice because the omission doesn’t just create a knowledge gap. It also instills performance anxiety.”

Her plight is analogous to that of an aspiring athlete who enrolls in private basketball training, never plays a game, and is suddenly called on to compete in a five-on-five tournament.

No sensible coach would ever teach basketball that way. Yet that’s how multitudes of music educators run their studios.

That is, unsuspecting music students might attend lessons for as much as a year, without any performance training or experience. Then, they’ll be pushed on stage for an annual recital where they get crushed by anxiety.

The Path to Creativity & Confidence

The Musician’s Way is the first book to offer music students and educators a detailed, holistic approach to learning the art of practice and performance.

Chapters 1-6 delineate solo and group practice strategies. I explore the inner workings of performance anxiety in Chapter 7, after which, Chapter 8 looks into the nature of performing and sorts out the constituents of concert preparation.

My aim is to empower musicians of all ages and levels to confidently perform in diverse settings, pursue lifelong music making, and unleash their musical souls.

Preview The Musician’s Way and read reviews at Amazon.com.